Suzanne Buffam,  a Canadian poet, was born in Montreal and raised in Vancouver, British Columbia. She earned an MA in English literature from Concordia University in Montreal, and an MFA in poetry from the Iowa Writers’ Workshop. She is the author of three collections of poetry. Her third, A Pillow Book (Canarium Books 2016), was named by the New York Times as one of the ten best books of poetry in 2016. Her second book,  The Irrationalist (Canarium Books, 2010), was a finalist for the 2011 Griffin Poetry Prize. Her first, Past Imperfect (House of Anansi Press, 2005), won the Gerald Lampert Award in 2006. She has taught Creative Writing at the Iowa Writers’ Workshop, the University of Chicago, and Columbia College Chicago. In 2014/2015 she spent some time  in the state of Oaxaca, Mexico. She now lives in Chicago with her husband, the poet Srikanth Reddy. 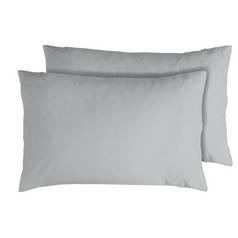 ON BRIEF POEMS IN THE IRRATIONALIST

Suzanne Buffam’s second collection, The Irrationalist, was shortlisted for the Griffin Poetry Prize in 2011. It is an eclectic collection with many diverse, intriguing and witty poems, including such favourites of mine as Enough, The New Experience and a remarkable prose poem, Trying, about attempting to conceive a child. However, for me, the most enjoyable section of the book is its central section entitled Little Commentaries. This consists of seventy-four poems with the title “On______”. She discusses them in an interview with Sina Queryas: I had the title in mind for many years—lifted from a small, hand-bound pamphlet—Commentariolus (Little Commentary)–circulated by Nicolaus Copernicus in the 16th century, in which he first (and covertly) set out his heliocentric theory of the universe. Having been somewhat obsessed with miniature things all my life, I was instantly drawn to the way this revolutionary theory, with its huge philosophical and theological implications, was smuggled into the culture under such an unassuming, self-deflating little cover. It seemed like a great title for a book of small poems…. I hit on this project of miniature poems, or “commentaries,” that gave me the freedom to write about basically anything at all of interest to me, in the Copernican spirit that “there is no one center of the universe.” …  I love epigrams, proverbs, and all pithy things.

ON BRIEF POEMS IN A PILLOW BOOK

Suzanne Buffam’s third collection, A Pillow Book, was named by the New York Times as one of the ten best books of poetry in 2016. Whether it is, in any conventional sense, a poetry book is a moot point. Inspired by a famous eleventh-century Japanese text called The Pillow Book by Sei Shonagon, a book, as Wikipedia tells us,  of observations and musings recorded by Sei Shōnagon during her time as court lady to Empress Consort Teishi (定子) during the 990s and early 1000s in Heian Japan, Suzanne Buffam’s collection is her record of insomnia in notes, fragments, memories, dreams and lists, some of them abecedarian. She offers her own description of the form and the genre: A “pillow book” is a sort of miscellany, made up of anecdotes, essays, character sketches, descriptions, diary entries, and lists, among other odds and delights not easily reconciled within Western notions of genre. “The quintessential ungenre,” “the formless form,” “the echt-genre,” as recent scholars have called it, the pillow book was, in a sense, the original blog.

There is a narrative arc which spans a winter in Chicago; there are recurring characters including a husband, a daughter, a cleaning lady, a caregiver, and a waiter; there are diverse settings, mainly in the house and, most often, in the bed in the bedroom: and there are the lists. The lists came first, and were basically all I wrote during the disorienting blur of early motherhood. At first I saw them as a stand-alone sequence. Their brevity and levity sprang from the same playful impulse that gave rise to the short “little commentaries” in my previous book.

While I enjoyed A Pillow Book and read it in one sitting – not in bed – it did not have the same resonance and depth as The Irrationalist. The lists, while often witty, are hit and miss and, in my view, the briefer they are the better. I include some of my favourite ones below. That said, the book is an ambitious and intriguing project and I look forward to where Suzanne Buffam’s imagination leads her to explore.

LITTLE COMMENTARIES
(from “The Irrationalist”)

Moonlight fills the bathroom sink,
If a person could drink from it
She would be her own ghost.

As the first ray of daylight
Pries open the sleeper’s lids.

Put one dream
Inside another.

Fuck you and the horse you rode in on
Is often just another way of saying come back.

Joy unmixed with sorrow
Is like a fountain turned off at night.

Place your face
Into your hands.
A perfect fit!

The smaller the heart the swifter the wings.

By moonlight the lily dominates the field.

LISTS FROM A PILLOW BOOK

Classy as a cruise ship
Patient as a pimp.
Simple as a snowflake.
Sexy as an ankh.
Green as the Green Zone.
Cozy as a coffin.
Friendly as fire.
Easy is as easy does.

Wet cigarettes.
E-cigarettes.
A babysitter whose babysitter is sick.
Nunchucks at a fight.
Stiletto heels at the beach.
Last year’s flu shot.
Next year’s peace talks.

THINGS THAT ARE DISTANT THOUGH NEAR

THINGS THAT ARE NEAR THOUGH DISTANT

Paradise.
Hell.
The Andromeda Galaxy.
Pen pals.
Laughter on the far side of the bay.

Applause.
Raccoons on the roof.
A backwards glance on the street.
Sleeping babies.
The telephone ringing in the dark.