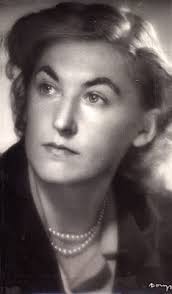 Anna Swir (1909-1984), the name by which the Polish poet Anna Świrszczyńska is known in the English-speaking world, was born in the capital city, Warsaw. Her father, Jan Świrszczyński, was an avant-garde painter and her mother was a former singer who had given up a professional career to take care of her family. Anna Swir’s Poems About My Father and My Mother (unpublished until after her death) relate the story of her early childhood  as the family moved from home to home within Warsaw. She grew up in virtual poverty and had to interrupt her education in order to work. She supported herself as she grew older, managing to attend university where she studied medieval and baroque Polish literature. By the 1930s, when her first poems were being published, she was working for a teachers’ association. In 1934, her poem “Noon” was awarded first prize in a poetry competition sponsored by Literary News. In 1936 she published her first book, Poems and Prose. These early brief poems, writes Czeslaw Milosz in his introduction to Talking to My Body, bear the marks both of her upbringing in the artistic milieu (images taken from paintings and albums of reproductions) and of her fascination with the Middle Ages. In 1939 the Nazis invaded Poland, precipitating World War II. Anna Swir joined the Polish resistance and worked as a waitress and as a military nurse in Warsaw while continuing to write for underground journals and participating in clandestine poetry readings. In 1944, while working as a nurse treating soldiers at a military hospital she expected to be executed for her resistance activities, as she recounts in her collection Building the Barricade. Milosz quotes Swir’s summary of this period of her life: War made me another person. Only then did my own life and the life of my contemporaries enter my poems.

One crucial impact of the war on her life was her displacement from Warsaw to Krakow.  For a time, she worked as a literary supervisor at the theatre there where she wrote and adapted plays. She also wrote children’s books, producing over 50 titles—an accomplishment that won her a literary prize in 1973. During the Stalinist years her plays written for adult audiences reflected the spirit of socialist realism, though after Stalin’s death, in 1953, she was able to turn to more psychological and political drama. She also wrote contemporary comedies for popular entertainment, translated poetry, produced opera librettos, and adapted literary works for the stage, radio and television while continuing to write her own poetry privately. She would eventually collect and publish these poems in a series of volumes, beginning in 1958, and these poems established her literary reputation.

When she was 44, she met and married actor Jan Adamski. (The priest who married them, and who later baptised their daughter, Ludmila, was Karol Wojtyla, later to become Pope John Paul II.) Her Catholicism is evident in the poetry in its incarnational matter where the centrality of the flesh and the joys and agonies of embodiment recur throughout the poems, so much so that Milosz would eventually use the phrase, Talking to My Body, as the title of his volume of English translations of Swir’s poems. Of her personal life at this time Milosz once said, The marriage didn’t last long. Then she separated and she had some lovers.

She never married again, but she eventually entered into a lasting relationship with another man, whose identity is known only as “Jozef,” the life companion to whom she dedicated her book, Happy As a Dog’s Tail  (1978). In later years she became a vegetarian and practiced yoga and gymnastics on a regular basis. She also enjoyed jogging and long cross-country walks, activities that served to set her further outside the literary mainstream, both in terms of her life and her work. She wrote unadorned poetry of physical experience in a direct style. In 1984, Milosz, who was in the process of translating a book-length selection of her poems, wrote to inform her of the project. Though she told him that she was pleased that he was translating her poetry, she did not disclose that she was in the final throes of the cancer from which she would die on September 30, 1984. She is buried in the Rakowicki Cemetery in Krakow.

Her final poem, Tomorrow They Will Carve Me, written while on her deathbed, reads

Death came and stood by me.
I said: I am ready.
I am lying in the surgery clinic in Krakow.
Tomorrow
they will carve me.

There is much strength in me. I can live,
can run, dance, and sing.
All that is in me, but if necessary
I will go.

Today
I make account of my life.
I was a sinner,
I was beating my head against earth,
I implored from the earth and the sky
forgiveness.

I was pretty and ugly,
wise and stupid,
very happy and very unhappy
often I had wings
and would float in air.

I trod a thousand paths in the sun and in snow,
I danced with my friend under the stars.
I saw love
in many human eyes.
I ate with delight
my slice of happiness.

Now I am lying in the surgery clinic in Krakow.
It stands by me.
Tomorrow
they will carve me.
Through the window the trees of May, beautiful like life,
and in me, humility, fear, and peace. 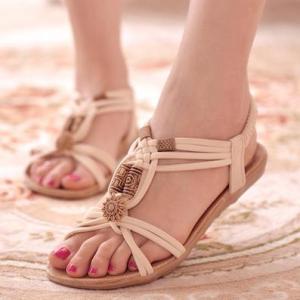 I do not speak Polish. I do not read Polish. Yes there is something clever, caustic and evocative in the poems below and in the longer ones available on the Poetry Foundation site that transcends translation. Anna Swir is like a more carnal Emily Dickinson or a more spiritual Sylvia Plath. As she put it memorably, A poet should be as sensitive as an aching tooth. There is an ache and an acute sensitivity to body and soul in her best poetry as is evident below and in the more extensive poems. She was not well-known or much celebrated in her native Poland. (Even today the Wikipedia page on the Rakowicki Cemetery in Krakow, which also contains the graves of Georg Trakl and Wislawa Szymborska,  does not mention her in its list of notable internments.) Czeslaw Milosz explains why he introduced her work to a wider, English speaking audience: he translated her poems in order to repair injustice, because she was underestimated. I consider her a very important poet. But she was somehow in the shade. First of all, she had great difficulty in finding proper expression for her experiences, her war experiences. And then later she had difficulty finding this proper expression also for her love experiences. So she was a latecomer in a way. And for that reason she was not highly known. In 1985, Milosz published Happy as a Dog’s Tail, the first collection in English to consist solely of Swir’s poems. All of the poems were translated by Milosz, in partnership with Leonard Nathan, and consisted of poems from her mature volumes . In 1996, Milosz and Nathan re-edited the volume, adding an additional 65 poems and removing 31 that had been in the first edition, and renamed the book Talking to My Body. New translations of the poems have appeared in  Building the Barricade, translated by Piotr Florczyk in 2009. I leave it to Milosz, in a posthumous tribute, to sum up the enduring appeal of Anna Swir’s poetry: Opening myself to her verses, I have been more and more conquered by her extraordinary, powerful, exuberant, and joyous personality . . . her calm in accepting reality, whether it brought bliss or suffering. A mood of detachment is visible in her late poems. To have met such a person through her poems has inclined me to faith and optimism . . . In her later poems it was apparent that she had been gradually moving toward a supreme quietude.

I swam away from myself.
Do not call me.
Swim away from yourself, too.

We will swim away, leaving our bodies
on the shore
like a pair of beach sandals.

Two rucksacks,
two grey heads.
And the roads of all the world
for wandering.

Dying
is the hardest
work of all.

The old and sick
should be exempt from it.

You make among the trees
a nest for our love.
But look at the flowers
you’ve crushed.

I AM FILLED WITH LOVE

I am filled with love
as a great tree with the wind,
as a sponge with the ocean,
as a great life with suffering,
as time with death.

I envy you. Every moment
You can leave me.

I cannot
leave myself.

Twenty-four hours
I was dying of fever.

Twenty-four hours
mother knelt
and prayed by my bed.

Twenty-four hours
father lay, face down
on the floor.

Like an eye and an eyelid
United by a tear.

THERE IS A LIGHT IN ME

Whether in daytime or in nighttime
I always carry inside
a light.
In the middle of noise and turmoil
I carry silence.
Always I carry light and silence.

THAT WOULD NOT BE GOOD

When I am alone
I am afraid to turn
too quickly.

What is behind my back
may not, after all, be ready
to take a shape suitable
for human eyes.

And that would not be good.

SHE DOES NOT REMEMBER

She was an evil stepmother.
In her old age she is slowly dying
in an empty hovel.

She shudders
like a clutch of burnt paper.
She does not remember that she was evil.
But she knows
that she feels cold.

She is sixty. She lives
the greatest love of her life.

She walks arm-in-arm with her dear one,
her hair streams in the wind.
Her dear one says:
“You have hair like pearls.”

Out of suffering, power is born.
Out of power, suffering is born.

Two words for one
indescribable
thing

TO THAT WHICH IS MOST IMPORTANT

Were I able to shut
My eyes, ears, legs, hands
And walk into myself
For a thousand years,
Perhaps I would reach
—I do not know its name—
what matters most.

I carried two potatoes
a woman came up to me.

She wanted to buy two potatoes
She had children.

I had a mother.

I’ll find the deepest basement,
shut myself inside, won’t let anybody in,
I’ll dig a hole in the ground,
chew out the bricks,
I’ll hide in the wall, I’ll go into the wall
like a centipede.

Everyone will die, and I
will survive.

Those who gave the first order to fight
let them now count our corpses. 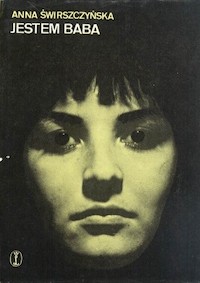 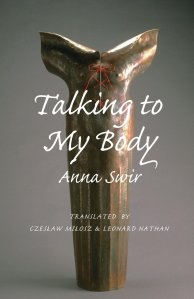 Building the Barricade and Other Poems of Anna Swir Tr. by Piotr Florczyk (Calypso Editions, 2011).

Poems and a brief biography on the My Poetic Side website.

Anna Swir & the Poetics of Embodiment by Angela Alaimo O’Donnell.

Poems by Anna Swir on The Gladdest Thing.

Poems by Anna Swir on A Longhouse Birdhouse.

Czeslaw Milosz discusses his translations and her poetry with The San Diego Reader.

The Anna Swir page on the Biographies II site.

An interview with Piotr Florcyz on translating Anna Swir.

Pearls and Toads, Yeast and Froth: Relationships in Anna Świrszczyńska’s Poetry; an essay by Laura Miller-Purrenhage.